Wayne and Margaret Kramer approached me to help music direct this show with Wayne back in January.

At first, I wasn’t sure if I was able to do it because we had set aside “March” to do some rocking with Tom in the studio, but I really, REALLY wanted to do it.

Jimi Hendrix was, and continues to be, a tremendous influence on my playing, writing, and approach towards songwriting, producing, and arranging. Approximately every 1.5 years, I put on the Hendrix Band Of Gypsys record or the Live At The Fillmore double cd (especially “Stone Free” from The Fillmore, all 12 minutes of it) and it blows my mind once again. Hendrix is invigorating to me and inspirational and it’s amazing to me the wealth of stuff he recorded over a mere 3.5 years of activity.

As it turned out, there would be no rocking for the Morello band (Eric, Dave, and I, or as we are collectively known as, “The Freedom Fighter Orhcestra”) in March. As soon as I deduced that, I let Wayne and Margaret know, I was IN.

First a bit about my history of co-music directing shows like this with Wayne Kramer… We are a match made in heaven. 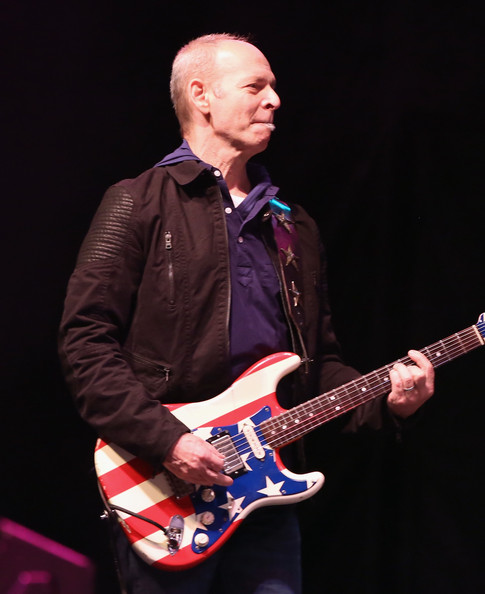 The guy is a saint. He walks among us. Us mortals need to recognize this guys life and career, struggles and triumphs, and his charity work for Jail Guitar Doors (jailguitardoors.org) of which I have lent a hand on many occasions. We share a lot of the same musical values and also have been sharing a building where both our music studios are. This allows me to ask Wayne for advice when I need it, or simply to shoot the shit with him on a regular basis. One day over last summer, he had me sing on a tune that ended up on Anchorman 2. I love this configuration and hope it lasts forever.

Wayne and I have co-directed about a half dozen benefit shows together, a handful with Jail Guitar Doors at local prisons in NYC, Austin, TX and Los Angeles, CA as well as Road Recovery (roadrecovery.org) for kids who have had battles with addictions who use music to get them out of the predicament that they are in.

This one would be no different, as we had Slash and Robby Krieger locked in for “Celebration Hendrix”. 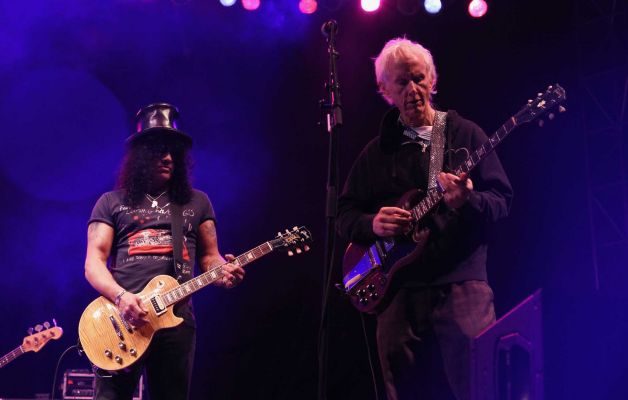 We quickly devised a must play song list and I helped round it out and casted it like I always do…. like it’s a School Of Rock show! 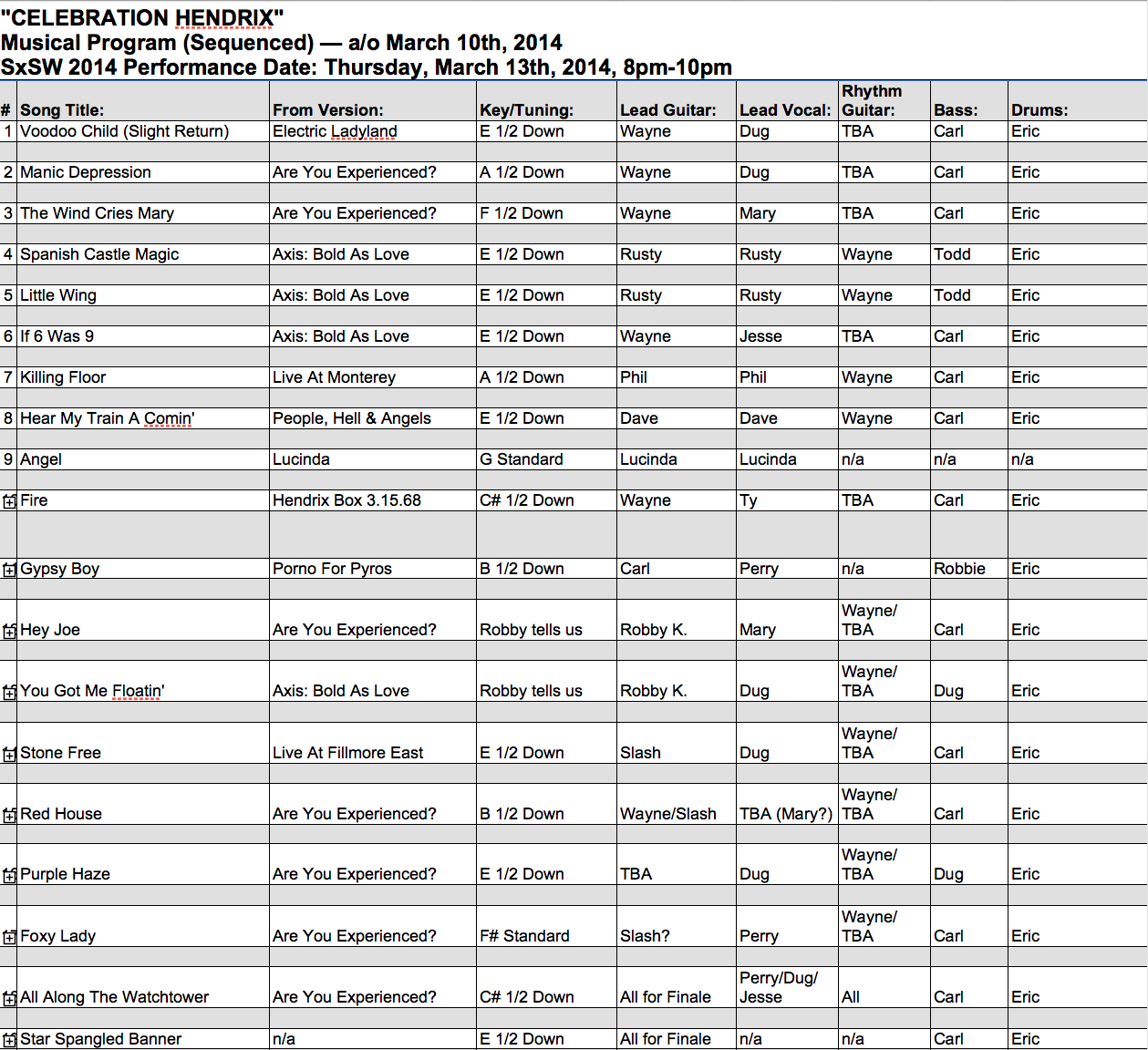 As you can see on my cast list, we were supposed to have Perry Farrell, and I was going to play lead guitar on “Gypsy Boy”, the song Porno For Pyros opened Woodstock ’94 with as a tribute to Jimi Hendrix. Unfortunately, due to a last minute scheduling conflict, Perry wasn’t able to make the show. So no “Gypsy Boy” wild, soul out, “shine the light down” guitar solo for me. Wahh. Would have been a hoot. Although, I did get to rehearse the song with him at his house a few weeks before the show, and man – did it sound good! Perry can do no wrong in my book. Another saint.

Chino from The Deftones, took his place on Foxey Lady. It rocked pretty damn hard as you can see in my action figure moment caught here in this shot. 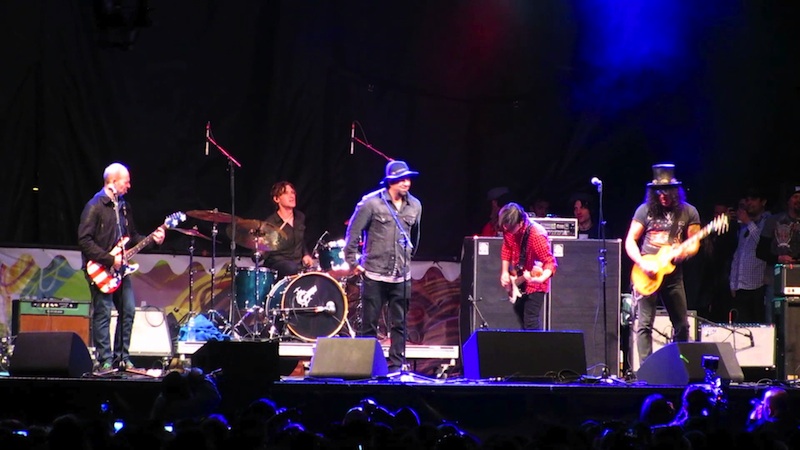 We also had a Boots Riley guest appearance at the very last minute! We tried to do an instrumental version of “Crosstown Traffic” at soundcheck for him to rhyme over but, it came across quickly as not that great… Then Jimi grabbed my arm and started playing the bass line for “Machine Gun”. Eric jumped in, and Boots wrapped the mic cord around his arm went ballistic! I shouted across the stage to a waiting in the wings Robbie “Seahag” Mangano, from Sean Lennon’s band The Ghost Of A Saber Toothed Tiger (and my first band IZ from NYU), to plug in to Slash’s Marshall amp and to rip on lead guitar for this raucous surprise of the night. 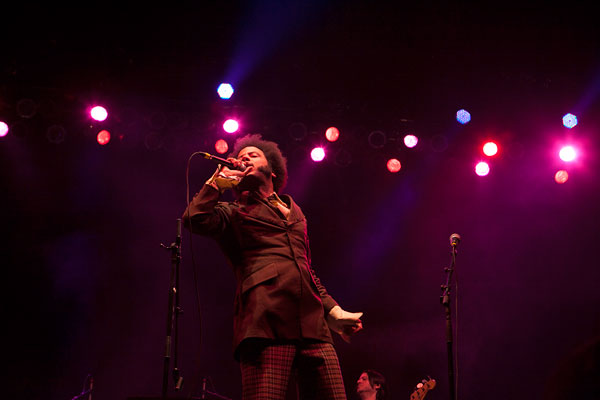 Also throwing down was Dave Alvin and Phil Alvin on “Hear My Train A Comin'” and “Killing Floor”. Dave was one of the musicians I bonded with musically the most. It was as if I knew where he was going, or where he wanted to go before or right as he was doing it. Not sure if that sentence made sense, but I really dug him.

Speaking of Dug… I lobbied hard for this guy early on in the casting of performers a few weeks before the show… Wayne and Margaret had heard of King’s X but had not heard King’s X (a common dilemma for the vastly underrated and under-appreciated trio from Texas). I had met Dug in 2007 when I was doing some writing with none other than, Mick Mars at his home in Malibu and he invited Dug. Dug, at the end of the session, put on a song from his new album at the time “Coming Over” from the album ‘Strum Sum Up’ and I shit my pants, as did Mick. I had been a King’s X fan since 1989 when my guitar teacher Russ D’Angelelo suggested I buy the “Gretchen Goes To Nebraska” record… From that point on I was hooked. Dug has one of the best, most distinctive and rawest, yet with a blues undertow KILLER vocal chords on the planet. He shined at this show and I couldn’t be more prouder. Ps. All I had to do was play “Manic Depression” live version from King’s X ‘Dogman’ record to win Wayne over in less than 1 minute. 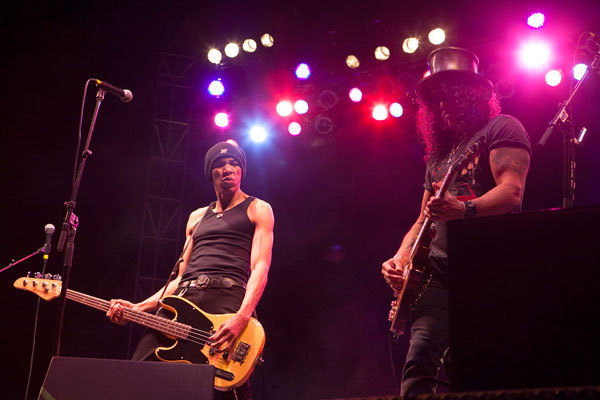 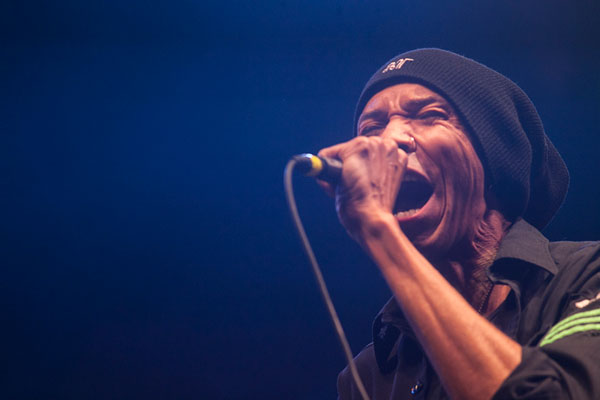 Come Back for Part Two tomorrow around this time…